Vivo is expected to launch the all-new X70 series in India in the coming weeks, and ahead of its launch, we have received information that the company will expand its presence in the IoT segment by launching its first wireless neckband headset in the country. This information comes courtesy of a source close to the company, who has confirmed this product will be made available before the launch of the upcoming X70 series phones.

While the company hasn’t confirmed a launch date for the Vivo X70 series in India, the phones are expected to be launched before the end of the month. Hence, it can be expected that the wireless neckband headset may even launch in India next week.

Along with confirmation of the launch of this new product, we have also received some information about its feature set. As per our source, the wireless neckband headset will come with noise cancellation for calls and IPX4 protection. The latter will protect it from water being splashed on it.

Additionally, it is expected to come with powerful bass to provide an immersive audio experience to users. Our source has also suggested that for the wireless neckband headset, Vivo has put in a lot of effort in the design department. As such, it is also expected to feature an ergonomic design for maximising comfort. 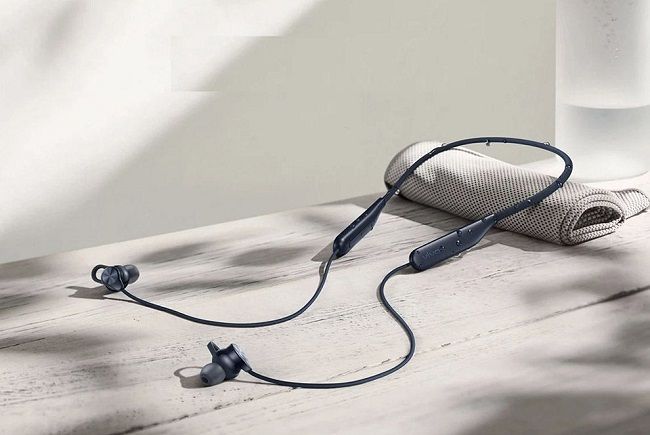 Apart from this, there’s nothing else that’s been revealed about the headset. However, our source has hinted that this new device from Vivo could be modelled on the Wireless Headset HP2154 launched in China earlier in the year. As such, the new model for India and the existing one could share some specifications.

Vivo’s Wireless Headset HP2154 brings with itself an in-ear wingtip design and the earbuds can be stuck to each other for storage, magnetically. The Vivo Wireless Headset HP2154 gets a USB Type-C port for charging and offers low latency, and 18 hours of battery life. Driving the HP2154 is an 11.2mm moving coil driver with a Daikoku copper-clad aluminium voice coil that offers a frequency response range of 20Hz to 20,000Hz. Vivo also promises low latency of 80ms for improved gaming and movie-watching experience. The lightweight headset also brings fast charging support that promises 5 hours of battery life on a 10-minute charge.