As per the EEC certification, the RMX3430 smartphone could launch soon in European markets as Narzo 50A. 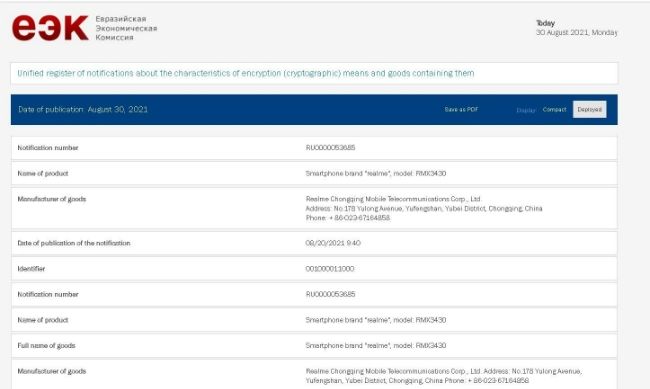 Realme Narzo 50A specs are scarce on the internet but we do know that it features 4G LTE network support. Another leak suggests that the Realme Narzo 50A could come with 4GB RAM and up to 128 GB of storage. The smartphone will likely be available in two colours Oxygen Green and Oxygen Blue.

As per a leaked Narzo 50A render, the smartphone sports a teardrop notch housing an 8MP selfie camera, a side-mounted power button, a rear-finger print scanner, a 13MP triple camera unit. In terms of I/O, the Narzo 50A leaked render shows a USB Type-C port and a 3.5mm audio jack. The upcoming Narzo 50A also sports a single grille speaker placed adjacent to a microphone.

Narzo 50A India launch date is not yet available however, Realme will most likely announce the launch date next month in September.

Also Read: [Exclusive] Realme 8i will be the first phone with Helio G96, reveals leaked renders